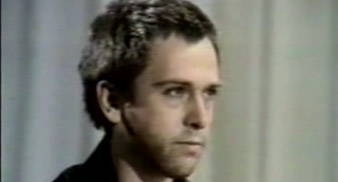 Today: Watch a classic TV performance by Peter Gabriel and Kate Bush from 1979.

The couple performed a frankly weird cover version of Roy Harper’s “Another Day” on Kate’s Christmas TV special from that year.

The duet was even discussed as a possible single release – but as all keen pop historians know, that never happened.

Kate later contributed vocals to Peter Gabriel’s 1986 single “Don’t Give Up.” That duet was a huge success, spending 11 weeks in the UK singles chart.

For added ‘watchability’, check out the chemistry between Gabriel and Bush as they ‘act’ out the lyrics of the song, including touching arms across a shoddy-looking kitchen table. Sexy stuff.