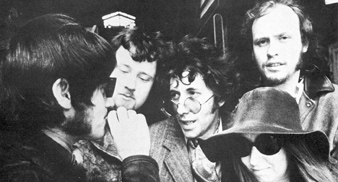 Pentangle have confirmed that they will reform to play a one-off anniversary gig at London’s Royal Festival Hall next June.

The band has been enjoying somewhat of a resurgence since the release of a definitive four CD box set ‘The Time Has Come‘ in March this year.

You can read Uncut’s extensive four-star rated review of the box set here.

The one-off concert is to take place on June 29, 2008, exactly 40 years since Sweet Child’s release.

Go to www.southbankcentre.co.uk for more details and tickets.