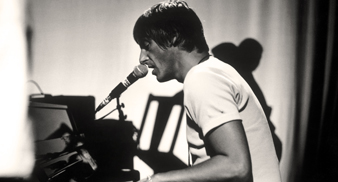 Paul Weller and his Jam bandmate Bruce Foxton played together for the first time since 1982 last night (May 25), during his Royal Albert Hall gig.

Weller, who was two days into his five-night residency at the venue, said the pairing was “history in the making” as he welcomed his old bandmate onto the stage.

Augmented by Weller‘s backing band, the duo kicked off their three-song reunion by launching into a vitriolic version of Weller solo song ‘Fast Car/Slow Traffic’. The recorded version of the track also features Foxton on bass.

“Well, it’s been a while hasn’t it?” said Foxton afterwards. “Twenty-eight years, I think. Thank you for the wonderful reception!”

The bassist then remained onstage to run though Jam classics ‘The Eton Rifles’ and ‘The Butterfly Collector’, before exiting to a huge ovation from the audience and a hug from Weller.

Weller played a greatest hits set to the sell-out crowd, including cuts from his latest album ‘Wake Up The Nation’ alongside older classics including ‘Start!’, ‘The Changingman’ and ‘Strange Town’. The singer – who was celebrating his 52nd birthday – responded jokily when the crowd sang him ‘Happy Birthday’, saying, “The only thing I want right now is a cigarette.”

‘Push It Along’
‘7 & 3 Is The Striker’s Name’
‘Sea Spray’
‘Into Tomorrow’
‘Aim High’
‘Andromeda’
‘Moonshine’
‘Up The Dosage’
‘Strange Town’
‘Wake Up The Nation’
‘Trees’
‘Empty Ring’
‘One Bright Star’
‘Shout To The Top’
‘Start!’
‘Fast Car/Slow Traffic’
‘The Eton Rifles’
‘The Butterfly Collector’
‘All On A Misty Morning’
‘Light Nights’
‘Brand New Start’
‘Echoes Round The Sun’
‘Art School’
‘The Changingman’
‘Come On/Let’s Go’


Weller is continuing his residency at the Royal Albert Hall this week, and is set to stream tomorrow (May 27) night’s gig live. See Paulweller.theconcertchannel.eu for details.