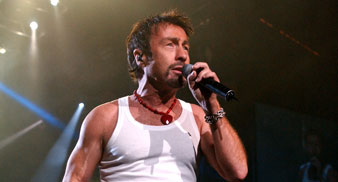 Thirty-six years after Free’s biggest hit “All Right Now” topped the charts the band’s singer Paul Rodgers is returning to the UK with a new tour.

He told Uncut, “The set will be fairly Free-heavy, because they were so loved in England. I want to play those songs as a celebration of the DVD [Free Forever] that’s coming out”.

Rodgers last toured the UK as vocalist with Queen and has plans to reunite with the group on his return to the country. “After the tour has finished I’ll be writing with Roger Taylor and Brian May. This will be the first time we’ve collaborated as songwriters and it’s possible we’ll release an album. But we just want to kick some ideas around to start with.”

Rodgers also says his set will feature hits from Bad Company including “Feel Like Making Love”.