Amazing collection due out in April 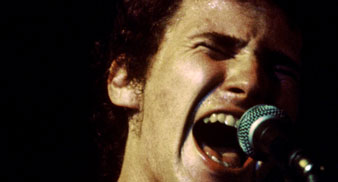 A long overdue collection of full-length Tim Buckley video performances entitled “My Fleeting House” is to be released through Manifesto Records in April.

The footage is taken from various television programs from 1967 to 1974 right up to the time of his death in 1975.

Despite having produced nine studio albums, three live albums, and many “best of” compilations – “My Fleeting House” is the first-ever authorized collection of Buckley’s visual performances.

Several segments on this new collection have not been seen for over thirty years. Manifesto Records has secured the best possible, first-generation video sources for the compilation, including footage from American, British, and Dutch television, and also a forgotten feature film. This DVD has the full approval of the Estate of Tim Buckley.

The DVD has eleven full-song performances and three partial performances. As an additional unreleased oddity, a clip of Buckley being interviewed on The Steve Allen Show is included, in which Jayne Meadows compliments Buckley on his hair.

Interspersed throughout the DVD are insightful interviews with Larry Beckett (Buckley’s early collaborator on many songs), Lee Underwood (Buckley’s guitar player for many years) and David Browne (author of Dream Brother: The Lives and Music of Jeff and Tim Buckley).

DVD extras will include a 12-page booklet of unreleased Buckley photos, an album-by-album review by Underwood, Beckett, and Browne, and Beckett (also a poet) reciting “Song to the Siren.”