The Brits are to invade the 79th Academy Awards 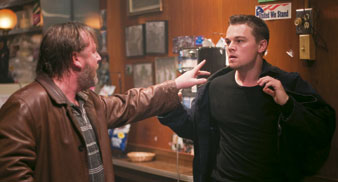 In the last couple of weeks, Colin Welland’s rallying cry “the British are coming” has been given a new lease of life as the UK film community set their sights on this year’s Oscar race, their hopes raised by the volume of homegrown hits in the last 12 months, from Borat to The Queen.

When the nominations were announced at 5.30 this morning (Jan 23), British films received an impressive 11 shouts in the key categories – including, in the Best Director category, Stephen Frears for The Queen and Paul Greengrass for United 93. The Queen also received nominations for Best Picture, Best Original Screenplay and Best Actress – an award Helen Mirren is likely to walk away with on February 25.

The success of British cinema this year is rather overshadowed by a repeat of the Clint Eastwood-Martin Scorsese face-off from the 2005 Academy Awards, where Scorsese’s The Aviator lost out to Eastwood’s Million Dollar Baby in the Best Picture and Best Director categories.

This year, Scorsese and Eastwood go head-to-head for The Departed and Letters From Iwo Jima. This is the sixth time Scorsese has been nominated for Best Director.

Other surprises include the appearance of Will Smith in the Best Actor category for The Pursuit Of Happyness, a sludgey feelgood flick that’s been widely panned and Penelope Cruz picking up a random Best Actress nomination for her brilliant performance in Pedro Almodovar’s Volver. We’re also rather disappointed Guillermo Del Toro didn’t get a Best Director nod for the stunning Pan’s Labyrinth, nor acting nominations for Jack Nicholson in The Departed or Sacha Baron-Cohen for Borat.

If one can safely assume Mirren will walk with Best Actress award, it seems equally likely Forest Whitaker is going to take the Best Actor award for his mesmerising performance as Idi Amin in The Last King Of Scotland. If we could dearly hope for anything, then it’d be that Marty finally gets to take home that elusive Best Director statuette – and, maybe, even one for Best Picture, too.

The 2007 Academy Awards are to take place on February 25.