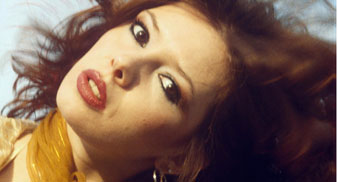 Former rock groupie Jo Jo Laine, ex-wife of The Moody Blues and Wings guitarist Denny Lane, has died of liver cancer at the age of 54.

Laine announced she was ill in May 2006 when she vowed to battle the disease, but unfortunately she died on Sunday October 29 in a London hospital from complications after a fall at home.

The former model, actress and singer was very well known on the rock scene in the 1960s and 1970s, and was romantically linked to Jim Morrison, Jimi Hendrix and Rod Stewart.

She performed with her own band, Jo Jo Laine & The Firm, until 1985 when Led Zepellin’s Jimmy Page established The Firm from the same musicians.

Laine also recorded with Wings and Sting and Andy Summers of The Police, performing on singles “Hulk” and “Dancing Man”.