All Kinds Of Naughty features paintings, photographs and unseen lyrics 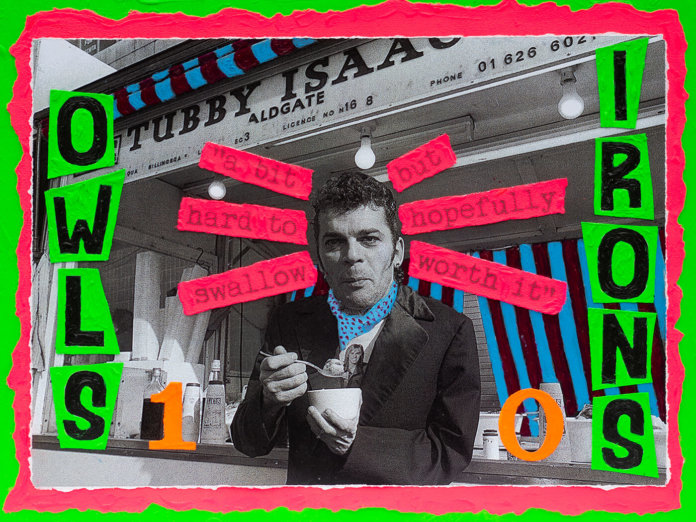 A new exhibition of Ian Dury-related art and ephemera will open at London’s Stash Gallery on March 24, before touring various venues around the south-east of England for the remainder of 2020.

It’s called All Kinds Of Naughty, after an unrecorded Ian Dury song which was recently rediscovered by former Kilburn & The High Roads keyboard player Rod Melvin in his personal archive. Dury’s handwritten lyrics to the song will be on display in the exhibition, alongside the recreation of a knitted stage glove that Melvin made for Dury in the 1970s.

The bulk of the exhibition will be comprised of Ian Dury-inspired artworks by the Thames Group of artists, who include painters, photographers, designers, writers and milliners among their number.

In addition, Ian’s wife Sophy Dury has created a polychrome terracotta relief plaque entitled Ian Dury Laughter, while his daughter Jemima has produced a limited edition print of one of Ian’s paintings, Alice Capone (for which there will be a blind auction, with all proceeds going to Teenage Cancer Trust). Former Stiff Records press officer Kosmo Vinyl will be showing a work entitled A Bit Hard To Swallow, featuring Ian Dury eating jellied eels outside Tubby Isaac’s famous East End Pie & Mash shop.

Another former Kilburn & The High Roads member, renowned painter and current Royal Academy Professor of Perspective Humphrey Ocean, will also be contributing to the exhibition.

See below for the touring dates of All Kinds Of Naughty. Entry is free at all venues.