New Funeral For a Friend single

Welsh quintet release new song on their own record label 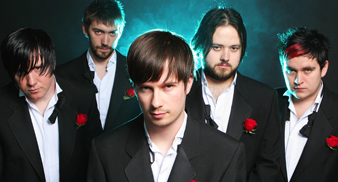 Funeral For A Friend have announced details of their new single; a double A-side called ‘Waterfront Dance Club / Beneath The Burning Tree’.

The band plan to release the song as a download and on 7″ through their own record label, Join Us Records, on July 14.

“We were fortunate to be on a major label for the past five years,” said bassist Gareth Davies. “Now we are in a great position to start afresh, with a clean slate and with the fanbase already in place. This is a great stepping stone for us.”

The band will also play the following UK dates: