Hi there. I hope you all had good weekends. Were you, like me, glued to the BBC for the duration of the athletics? 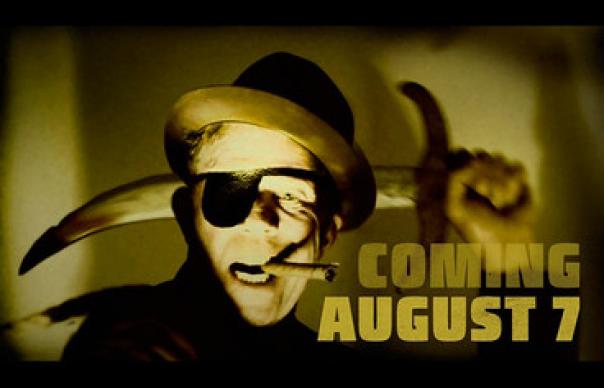 Hi there. I hope you all had good weekends. Were you, like me, glued to the BBC for the duration of the athletics?

Incredible stuff. In fact, the whole Olympics has been brilliant – whatever that sourpuss Morrissey says. Even simple things have been a blessing, like being able to get to work without too much disruption, despite the dire warnings issued by the authorities and Boris’ awful tannoy announcements. We had a family friend in the boxing – Josh Taylor – and we were fortunate enough to grab tickets when they first went on sale to go and see him fight at the ExCel. It was a tremendous experience, and we’re already saving now for Rio 2016.

It’s been an equally incredible few days for music, too. We’re waiting with baited breath for Tom Waits to announce, well, something later on today. They might be tour dates – although judging by the picture of Waits with an eye patch and cutlass that’s on his website, it might simply be that he’s signed up to play Johnny Depp’s uncle in another Pirates Of The Caribbean movie. Towards the end of last week, we got our first official taste of Bob Dylan’s new album, Tempest, when the track “Early Roman Kings” appeared on the trailer for an American TV series. Over the weekend, Neil Young decided to kick off his 2012 tour with Crazy Horse by working six new songs into the set list. One of these new songs – an acoustic track called “Twisted Road” – is about the first time Neil heard “Like A Rolling Stone”: “Poetry rolling off his tongue like Hank Williams Jr bubblegum, asking me, ‘How does it feel?'” You can watch Neil play it at the bottom of the page. Incidentally, there’s a strong rumour Twisted Road will be the name of the new album he’s recorded with Crazy Horse, as discussed in our recent cover story.

Shows closer to home this week include two shows at Antony’s Meltdown series at London’s South Bank, just down the road from the Uncut offices. Tonight, I’m off to see former Cocteau Twin Liz Fraser (I’ll blog about that show tomorrow), while on Friday, Allan and I will be at Lou Reed. Very different shows, but I’m looking forward to both of them.

Finally, I’ve just got time to say our current issue of Uncut is on sale, if you’ve not already got a copy. There’s Joe Strummer on the cover and lots of great stuff inside – including Captain Beefheart, Mark Knopfler, the Chris Robinson Brotherhood, Animal Collective, Wayne Coyne, MAARS and more.