Find out what the 1968 live recording sounds like here! 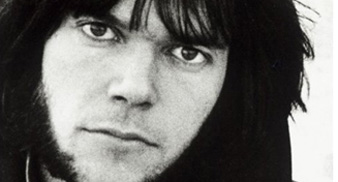 Neil Young‘s Sugar Mountain Live album is being released in the UK on November 24 (in the US on the 25th) and Uncut has already heard the 13 song disc which was recorded at the The Canterbury House in Ann Arbor, Michigan on November 9 and 10, 1968.

Check out John Mulvey’s Wild Mercury Sound blog here, for a preview of what the album sounds like.

Sugar Mountain is interspersed with ‘raps’; anecdotes from Neil about songwriting, his cars and various other topics.

‘(Emcee intro)’
‘On The Way Home’
‘Songwriting rap’
‘Mr. Soul’
‘Recording rap’
‘Expecting To Fly’
‘The Last Trip To Tulsa’
‘Bookstore rap’
‘The Loner’
‘”I used to” rap’
‘Birds’
‘Winterlong’ (excerpt) and ‘Out of My Mind’ (intro)
‘Out Of My Mind’
‘If I Could Have Her Tonight’
‘Classical Gas rap’
‘Sugar Mountain’ (intro)
‘Sugar Mountain’
‘I’ve Been Waiting For You’
‘Songs rap’
‘Nowadays Clancy Can’t Even Sing’
‘Tuning Rap & The Old Laughing Lady’ (intro)
‘The Old Laughing Lady’
‘Broken Arrow’