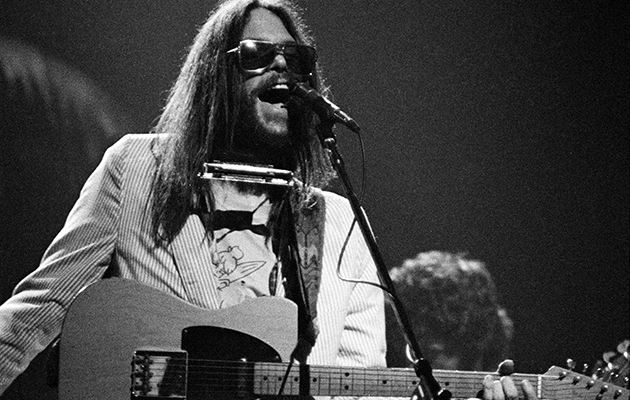 Neil Young has used the first issue of his latest online newsletter, the Neil Young Archives Times-Contrarian, to tease the upcoming release of two live albums.

Roxy: Tonight’s The Night Live was taped during a short run of shows at LA’s Roxy venue in 1973, just after Young and his band at the time (Billy Talbot, Nils Lofgren, Ralph Molina and Ben Keith AKA The Santa Monica Flyers) had recorded Tonight’s The Night.

“We really knew the Tonight’s The Night songs after playing them for a month,” writes Young, “so we just played them again, the album, top to bottom, without the added songs, two sets a night, for a few days. We had a great time.”

Alchemy is a Crazy Horse live album and video of the band’s 2012/3 world tour.

“For me, Alchemy harkens back to the best of Live Rust and Weld, beginning to look like a circle… but not totally joined,” writes Young. “Time shows us what we can do and when we can do it. Crazy Horse moves with the wind.”

He adds that Alchemy‘s release is “imminent” while Roxy: Tonight’s The Night Live “should be ready in time for a March release”, with a track streaming on the Neil Young Archives site soon.