He also worked with James Brown, Miles Davis and the Beach Boys... 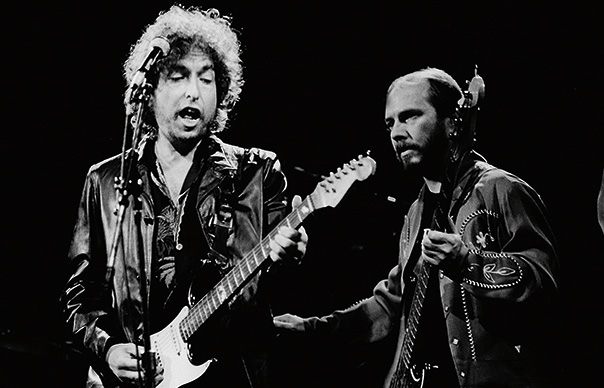 He also worked with James Brown, Miles Davis and the Beach Boys…

Neil Young has paid tribute to bassist Tim Drummond, who has died aged 74.

Writing on his here, Young said, “Rest in Peace Tim. You were a great bass player and songwriter. You had the fire, the magic. You played with James Brown, Conway Twitty and and Bob Dylan. You held the groove for JJ Cale. You played on many of my records too. I remember your humor, your life, your quickness, your love. Thanks man!”

Drummond played with Young from 1972 through to 1980, playing on the Harvest album, then every studio album from On The Beach up until Hawks & Doves. He also played with Young’s assorted backing bands during that era, including The Shocking Pinks, the Stray Gators and the International Harvesters.

He was also an integral part of Bob Dylan‘s band between 1979 and 1981, playing on Dylan’s trilogy of Gospel albums, Slow Train Coming, Saved and Shot Of Love. He co-wrote the title track for Saved with Dylan.

But Drummond was also an in-demand session bassist who played with Eric Clapton, B.B. King, Joe Cocker, Miles Davis and James Brown among many others.

His death follows on swiftly from that of Rick Rosas, another long-serving bassist with Neil Young who passed away two months ago.