Art show of watercolour paintings and prints to run in November... 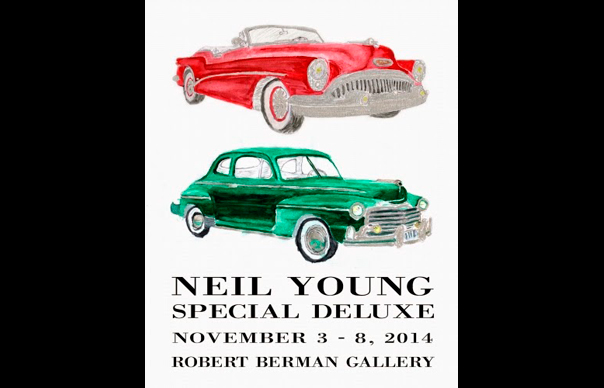 Art show of watercolour paintings and prints to run in November…

Neil Young is to host a new art exhibition.

The show, called Special Deluxe, is presented in conjunction with Young’s forthcoming memoir, Special Deluxe: A Memoir of Life & Cars.

It will run from November 3 – 29, 2014 at the Robert Berman Gallery, Santa Monica, California and consists of a series of watercolor paintings and prints of cars.

Among the art on display will be the sleeve artwork for Young’s Storeytone album, which is released on November 4.

“I have always thought about painting and never had the confidence to start,” Young told Wired. “But when I wrote the book I searched and chose some photos of the cars and decided to trace them in pencil to eliminate the backgrounds and let the shapes dominate.”