Muse have revealed that they've already started discussing plans for their next studio album. 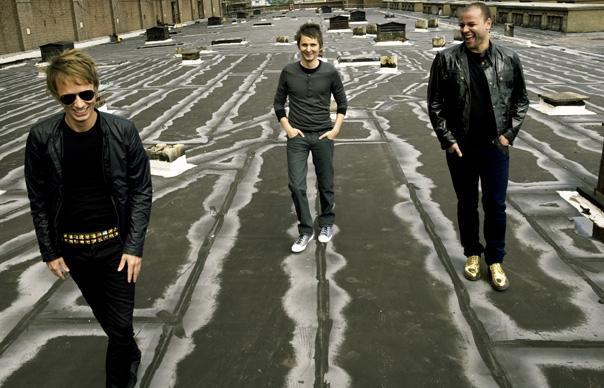 Muse have revealed that they’ve already started discussing plans for their next studio album.

The band, who released their sixth studio album ‘The 2nd Law’ last September, have discussed what they’ve got planned for LP number seven, according to drummer Dominic Howard. He told Billboard: “Me and Matt (Bellamy) have just been tentatively talking about what we’re doing to do, how we’re we’re going to do it, what we need to think about when we are going to do it – not really discussing musical ideas so much as just how we’re going to approach it and when we’re going to do it.”

Despite thrashing out early talks over the record, the sticksman said it’s likely to be some time before a new album surfaces. He added: We’re going to be on the road for another year or 14 months or whatever it is, so we’ve still got loads of touring to do. We tend to feel like we need to finish touring one album before we start anything else rather than starting an album on the road. We like to finish a chapter and start afresh, so it’ll be a couple of years, probably. But we’re definitely thinking about it.”

Muse recently revealed that they will be performing their track “Supremacy” with a full orchestra and choir at this year’s Brit Awards.

They are also set to return to the UK this summer for a four-date stadium tour. They kick off the shows at Coventry’s Ricoh Arena on May 22, 2013, before playing a pair of dates at London’s Emirates Stadium on May 25 and 26, and wrapping up at Manchester’s Etihad Stadium on June 1.