Plus Jeff Tweedy helps out on new album 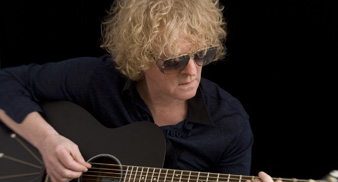 Ian Hunter is to release his twelfth solo album “Shrunken Heads” on June 4 has announced a full band UK tour for this October.

The former Mott The Hoople frontman has been helped out on the album by several experienced artists and musicians, including backing vocals by Wilco frontman Jeff Tweedy.

Other musicians onboard are Jack Petruzzli, guitarist for Rufus Wainwright, John Mastro, guitarist for John Cale and Steve Holley, drummer for Paul McCartney.

Because of the musicianship on this album, it has a very Americana feel, as well as retaining Hunter’s renowned melodies.

As well as the shows this Autumn, Hunter will also be playing his first ever acoustic shows in the UK next month in Glasgow, Birmingham and London, but which are already sold out.

The new full band dates are as follows:

More information about the album or shows is available here from ianhunter.com