Producer for Marvin Gaye, The Temptations and others was 67 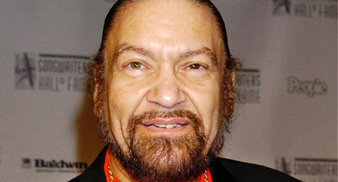 Legendary Motown producer and songwriter Norman Whitfield has died aged 67 (September 16) from an ongoing battle with diabetes and other ailments.

Credited with creating the ‘Motown Sound’ and later the sub-genre of psychedelic soul, Whitfield alongside lyrical partner Barrett Strong produced swathes of hits throughout the 1960s, including Marvin Gaye‘s “I Heard It Through The Grapevine” and several for The Temptations including “Ain’t Too Proud To Beg” and “Papa Was A Rolling Stone,” which earnt him and Strong their first Grammy Award.

In 1973, Whitfield left Berry Gordy’s Motown to set up his own label Whitfield Records and had a huge smash with Rose Royce‘s “Car Wash” in 1976.

The track earned Whitfield another Grammy award in 1977 for Best Score Soundtrack album.

Returning to Motown in the 80s, Whitfield produced “Sail Away” a hit for The Temptations in 1983 and the soundtrack for martial arts film The Last Dragon in 1985.

Whitfield was inducted, with Strong, into the Songwriter’s Hall of Fame in 2004.

Whitfield had been ill for several months, and resided at Los Angeles Cedars-Sinai hospital, where he went into a diabetic coma weeks ago, from which he initially recovered.

His long standing illness was one of the reasons he was not jailed for tax evasion in January 2005, instead being fined £25, 000 and undergoing six months house arrest for failing to declare his income in the late 90s.