Christopher Brahney, who went missing after The Stone Roses' first show at Heaton Park last Friday (June 29), has been found dead. A body was recovered by police from the Manchester Ship Canal at 9.35am (GMT) this morning (July 9) and Great Manchester Police have now confirmed that they formally identified the body as Brahney's. 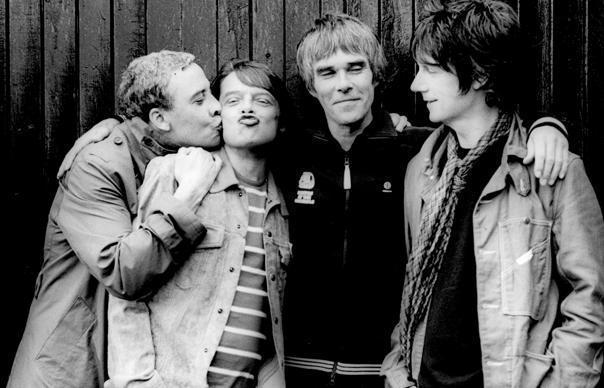 A body was recovered by police from the Manchester Ship Canal at 9.35am (GMT) this morning (July 9) and Great Manchester Police have now confirmed that they formally identified the body as Brahney’s.

Earlier this afternoon, a statement was also posted on the Chris Brahney Facebook page, which reads as follows: “It is with great sadness that on behalf of the Brahney family I am writing to you all. The police will be issuing a formal statement soon regarding the body that was found in the canal this morning. At this time we believe that it is Chris, however formal identification has still to take place.”

They continued: “The family would like to thank everyone for all the kind words, thoughts and prayers that you have sent our way. Thank you for all the support, it has given them immense strength and courage. Please respect the family’s wishes and ensure that they are left alone during this difficult time.”

An extensive search has taken place throughout last week and this weekend to find Brahney, with The Stone Roses themselves even appealing for people to come forward with information.

Tributes to Brahney from the music world have been plentiful, with Primal Scream, who supported The Stone Roses that night, among those to offer one. They wrote: “RIP Chris Brahney”.

The Courteeners frontman Liam Fray joined them in paying tribute, he wrote: “So sad about Chris Brahney. The Courteeners send their love to his family and all of his friends.”

He was joined in offering condolences by The View, who dedicated their show in Manchester last night to Brahney, they wrote: “The View dedicate their Manchester gig to 22 yr old Chris Brahney who was found dead in a Mcr canal 2day. RIP.”

Inspiral Carpets man Clint Boon wrote: “Police have just confirmed that the body found in Salford Quays earlier today was that of Chris Brahney. So sad for him and his family.”

Brahney was 22 and from Timperley in Manchester. A full post-mortem examination will take place today (July 10).