Metallica to release box set of all live performances from 2014 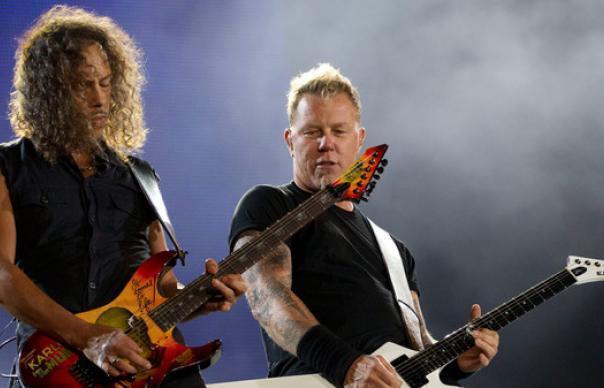 Metallica are to release a box set of 27 live albums, all of which have been recorded this year.

The group will also be making four of the concerts available in special 180-gram vinyl editions, and are allowing fans to vote on which shows will be pressed via an online poll.

The release will mark the 10th anniversary of LiveMetallica.com, a site that offers high-quality recordings of the band’s gigs as downloads. Among the shows to be released will be their set from this year’s Glastonbury Festival.

Metallica was recently included in the latest edition of the Guinness Book Of World Records. The group become the only band to ever perform gigs on all seven of the Earth’s continents in one year, capping the achievement with a show in Antarctica last December.