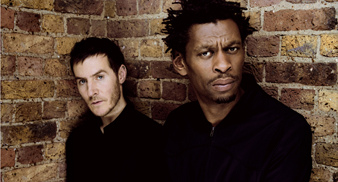 Massive Attack have revealed which bands are set to headline at their nine-day takeover of this year’s Meltdown Festival on London’s South Bank from June 14 – 22.

The influential band will open and close the music, film and arts festival with two speacial headline sets at the prestigious Royal Festival Hall, and have also arranged for a wide range of eclectic artists to take to the stage during their Meltdown.

Headline acts will include seminal post punk band Gang of Four and the origninal line-up of the respected ‘technopop’ pioneers Yelow Magic Orchestra, playing their first UK live show since 1980.

One of the special Meltdown events this year will be Massive Attack‘s live mixing of the soundtrack to Blade Runner, performed live by the Heritage Orchestra on June 16.

As well as music events, Meltdown Films will screen films at the BFI IMAX and SOUTHBANK as well as the Purcell Rooms – highlights are likely to be the premiere of Shane Meadows new film ‘Somer’s Town’ and a screening of The Night James Brown Saved Boston.

Massive Attack have also commisioned United Visual Artists to transform the exterior of the Royal Festival Hall with powerful light projections throughout the festival.

DJs from the Trojan and Saxon Soundsystem‘s will be on hand for action outdoors on the Southbank at Meltdown’s climax on June 22.

Tickets and line-up updates will be available from www.southbankcentre.co.uk/meltdown.

Tickets for all events go onsale to Southbank Centre members this Thursday (April 24) at 9am., with general sale commencing on Friday (April 25) also at 9am.

**The Massive Attack Meltdown Festival listings confirmed so far are: