Welsh trio will play mammoth set, which will feature every single one of their singles 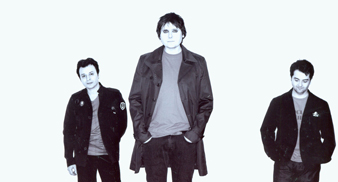 The Welsh trio will headline the 20,000 capacity venue on December 17 and have told NME that they will be playing each one of the 38 singles which make up their new compilation ‘National Treasures’ as part of the live set.

Speaking to NME bassist Nicky Wire said of the gig: “We’ve never done anything on this scale before, so we’ll be playing for an hour-and-a-half, then there will be a half-an-hour interval, with lots of stuff, film stuff to do. And then we’ll finish with another 20 songs.”

He continued: “It’s going to be an immense project, production-wise, screens, videos, you name it. It will be a completely unique thing and we’ll never do it again.”

The band have indicated that ‘National Treasures’, which is released on October 31 and this show, will be their last activity for at least two years.