AC/DC guitarist Malcolm Young is suffering from dementia, his family have confirmed. 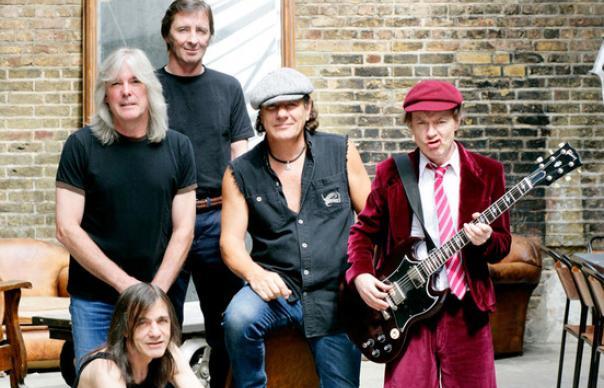 AC/DC guitarist Malcolm Young is suffering from dementia, his family have confirmed.

Last month (September) it was reported that Young (pictured above, sitting down) was in full-time care in a nursing home facility specialising in dementia. The founder member’s retirement from the band was announced on September 24.

Overnight a statement from Young’s family confirmed that the reports are true. “Malcolm is suffering from dementia and the family thanks you for respecting their privacy,” Young’s relatives said in a statement given to People.

AC/DC’s forthcoming studio album will be the first in the group’s 41-year history not to feature founder member Malcolm Young. Titled ‘Rock Or Bust’, the album is to be released on December 1 on Columbia Records. The 11-track LP is the group’s first new album in six years, following 2008’s ‘Black Ice’. It was recorded in Spring 2014 at Warehouse Studio in Vancouver with producer Brendan O’Brien and mixed by Mike Fraser. Stevie Young – nephew of Angus and Malcolm Young – plays rhythm guitar on the album and will accompany the band on tour.

Frontman Brian Johnson previously said he toyed with the idea of calling the album ‘Man Down’ in reference to Young’s absence, “But it’s a bit negative and it was probably just straight from the heart. I like that.”