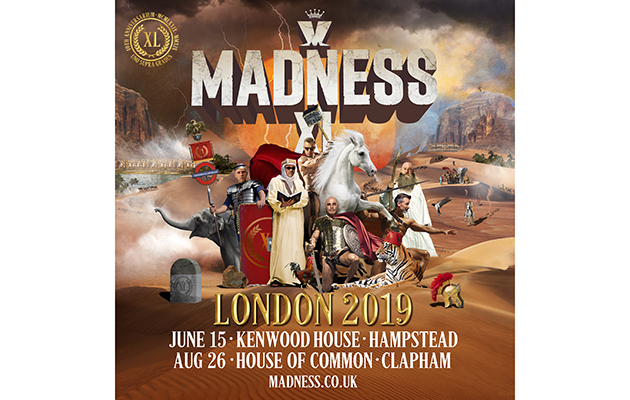 To celebrate “40 years at the coal face of modern popular culture”, Madness have announced two huge outdoor shows for the summer.

The band will play North London’s Kenwood House on June 15th, joined by a full orchestra. Then on August 26, they’ll headline their own House Of Common festival on South London’s Clapham Common.

Tickets for both shows are on sale from Wednesday (Jan 30) at 9am from here.

In addition, Madness will release a new autobiography called Before We Was We on 26 September 26 through Virgin Books. They also have “new studio material in the works”.

Says Suggs: “We saw off 8 prime ministers, 12 England managers and a nasty bout of lumbago. But, it’s not the endless achievements, not the unforgettable memories, it’s the fact we’re even still alive! (and miraculously in the rudest of health, thanks for asking.) Raise your glasses, lower your swords ‘arise sir Madness!’ Get stuck in! Here’s to the next forty.”