It's released on October 28 by UMC 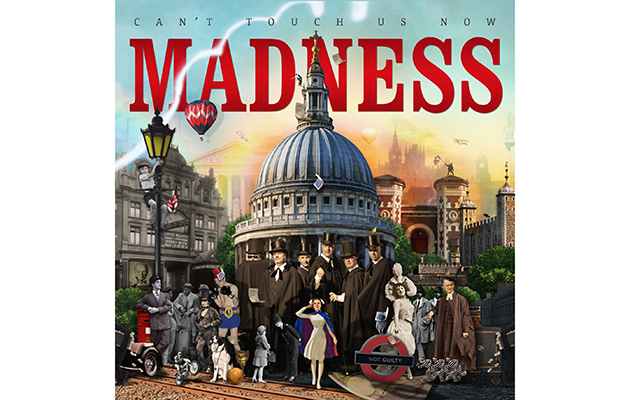 Madness have announced details of their new studio album, Can’t Touch Us Now.

So far, the tracks confirmed include “Mr Apples“, “Mumbo Jumbo“, “Blackbird” and the title track.

The album was announced at the Royal Hospital, Chelsea, during which the band answered questions from Chelsea Pensioners. You can watch the event below.

A limited-edition box-set version of the album comes with a free board game, The Greatest Show On Earth, made by the band’s friend Dee Jay Wheelie Bag. It also includes a second disc of exclusive songs.

The album is available to pre-order by clicking here.

The band headline their own festival House Of Common at Clapham Common on August 29, also starring Toots And The Maytals, Lee Scratch Perry and David Rodigan. They go on an arena tour in December.