You can hear the full version of 'The View' now 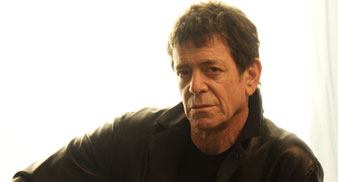 Metallica and Lou Reed have unveiled the first full track from their new joint album ‘Lulu’.

The metal titans and former Velvet Underground man had previously made 30-second and 90-second previews of new track ‘The View’ available, but have now debuted the full version of the track, which you can hear by scrolling down to the bottom of the page and clicking.

‘Lulu’, which is based around German playwright Frank Wedekind’s 1913 play about the life of an abused dancer, is due for release on October 31, with the North American release following a day later on November 1. Both parties have been secretive about the album’s contents so far.

The promotional poster for the album was recently banned on tube trains and in stations by London Underground after bosses ruled that the artwork for the album, which you can see on the right of your screen, looked too much like graffiti.