She gives her support to the churchgoing cause 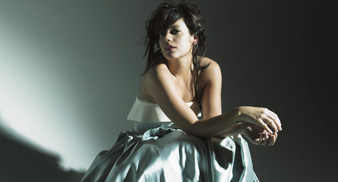 Lily Allen has backed The Bishop Of Sheffield‘s calls for people to listen to her song ‘The Fear’ as part of a Bible study course.

The expletive-free version of the song was included in a five-week course aimed at church-goers in the city in preparation for Easter on account of its theme of materialism in contemporary culture, reports BBC News.

Writing on her Twitter page, Twitter.com/lilyroseallen, the singer linked to the story and with the message: “Quite right!”

The Right Reverend Dr Steven Croft, who drew up the course, said that ‘The Fear’ saw Allen capture “something of the spirit of the age”.

The song contains the sarcastically-delivered lyrics: “Life’s about film stars and less about mothers /It’s all about fast cars and cussing each other/But it doesn’t matter cause I’m packing plastic/And that’s what makes my life so fucking fantastic”.

However, Croft advised church-goers not to listen to the expletive-ridden version of the track.

Referencing that version of the song, Croft said: “There is a pretty clear instruction in the book to group leaders to check out the lyrics first and to make sure that they use the version that is played on the radio, not the unexpurgated version.”