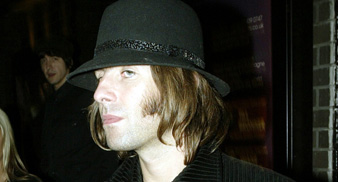 Liam Gallagher has said he believes his brother Noel has already started work on his solo album.

Earlier this month Noel Gallagher said he hadn’t started recording the album yet, but Liam said he knows better.

“I reckon he’s written it,” he told XFM. “He’s probably going down that Radiohead thing – it’s probably out already! He’s definitely written it, he’s been in the studio for ages. So I don’t know what he’s talking about.”

He added that he’d be “interested to hear it, to see if I’m on it in the background somewhere”.

The singer’s attention is now shifting to his own band Beady Eye again, as the group release their debut album ‘Different Gear, Still Speeding’ on Monday (February 28).