He's not a fan of their new album 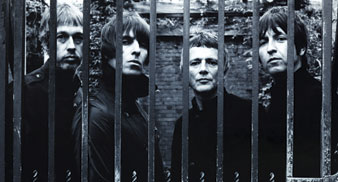 Liam Gallagher has laid into Radiohead for writing music “about a fucking tree” on their new album ‘The King Of Limbs’.

The ex-Oasis man, currently fronting Beady Eye, berated the Oxford five-piece when asked about his musical influences in an interview with Thequietus.com.

He referenced Radiohead‘s recent shock-release of ‘The King Of Limbs’, the name of which derives from a 1,000 year old tree in Wiltshire.

“I heard that fucking Radiohead record [‘The King Of Limbs’] and I just go, ‘What?!'” he said. “I like to think that what we do, we do fucking well. Them writing a song about a fucking tree? Give me a fucking break! A thousand year old tree? Go fuck yourself!”

Speaking of Radiohead frontman Thom Yorke‘s decision to take influence from the tree in question, Gallagher added: “You’d have thought he’d have written a song about a modern tree or one that was planted last week. You know what I mean?”

Meanwhile, the frontman has designed a T-shirt with his Pretty Green label in aid of the Teenage Cancer Trust.

All profits from the £45 t-shirt, which comes with a pin badge, will go to the charity, which is once again staging a number of gigs in London this March. Gallagher will play with Beady Eye at one such show on March 25.

Speaking about the hook-up, Gallagher said: “I’ve always been a massive supporter of the Teenage Cancer Trust. This collaboration is only just the start.”

Tickets for the gigs are onsale now.