Musician to be awarded at the 2009 Americana Music Association Festival 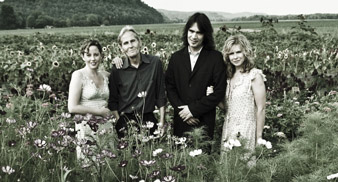 Former drummer for The Band, Levon Helm is to honoured with the title Artist of the Year at the Americana Music Association Festival Awards in Nashville next week (September 17).

Helm is being bestowed the career honour after another year of acclaimed live shows, and the recent release of new album ‘Electric Dirt’.

Enthusiastically commenting on the announcement, producer Larry Campbell says: “Levon represents everything in American music that appeals to me. All genres within what is called Americana—rock ’n’ roll, blues, country, bluegrass, old-time music and soul—he can do with authority. Levon starts singing it and you believe it.”

Over 2000 artists attend the annual awards, hosted by Gibson, and previous performances at the ceremony have included Johnny Cash and June Carter Cash’s last live performance together, Robert Plant and Mavis Staples.