The drummer passed away last week 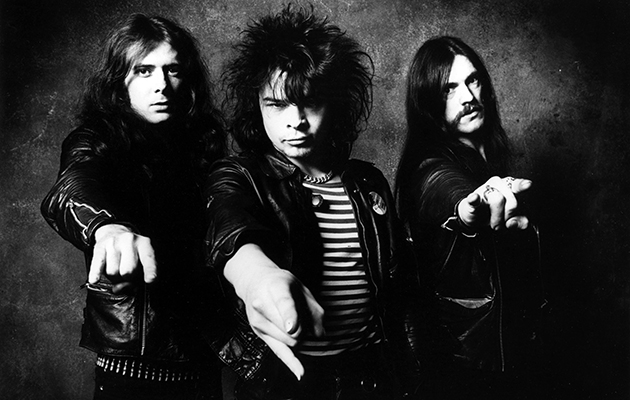 Writing on Facebook, Lemmy said, “I’m feeling very sad at the moment, in fact devastated because one of my best friends died yesterday. I miss him already. His name was Phil Taylor, or Philthy Animal, and he was our drummer twice in our career. Now he’s died and it really pisses me off that they take somebody like him and leave George Bush alive. So muse on that. We’re still going, we’re still going strong, it’s just first Würzel and now Philthy, it’s a shame man. I think this rock n roll business might be bad for the human life. Oh well.”

Ozzy Osbourne also wrote on Facebook, “Just heard about Phil ‘Philthy Animal’ Taylor’s passing. It’s a terrible terrible loss. He was a great friend – great drummer – a great guy and he will be dearly missed. Today is a very sad day for me. Rest in peace – and he still owes me 500 bucks from that time in Vegas.”

Metallica posted on their Facebook page, “You inspired us beyond words.”

Tributes were also posted by Slash, Metallica and other members of the heavy metal community:

Sad sad news about losing Phil "Philthy Animal" Taylor. One of the best drummers in Rock n Roll. RIP Phil, you will be missed. A lot.

I am very sad to hear about the passing of Phil "Philthy Animal" Taylor. My condolences to his family. Rest In Peace Phil.