Norman Smith also engineered all of The Beatles' studio work 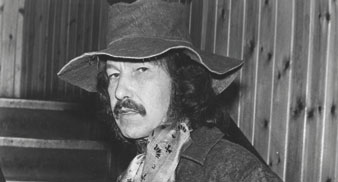 Described as a dry-humoured “old-school song and dance man” by Roger Waters, Smith engineered all The Beatles recordings up until 1965’s Rubber Soul, when EMI promoted him into their A&R division.

Born in Edmonton, London, Smith had been an RAF pilot before joining EMI as a tape op in 1959. A highly adept pianist and drummer, he began with The Beatles in June 1962, his neat, suit-and-tie demeanour inspiring John Lennon to christen him ‘Normal’. Alongside the Fabs, he also recorded Billy J Kramer, Manfred Mann and Helen Shapiro.

Post-Beatles, one scouting trip to London’s UFO Club in 1967 led to him signing Pink Floyd for a then unprecedented £5,000. Though he admitted later that “their music did absolutely nothing for me” and that communicating with Syd Barrett was “like talking to a brick wall”, he was shrewd enough to see their potential. Smith produced debut The Piper At The Gates Of Dawn, along with Ummagumma and A Saucerful Of Secrets, during which he even sat in for drummer Nick Mason on “Remember A Day”. In 1968, he helmed one of the first great concept albums, The Pretty Things’ rock opera S.F.Sorrow.

By 1971, Smith had struck out on his own, scoring Top Five UK hits with “Don’t Let It Die” and “Oh Babe, What Would You Say”, the latter a major US hit too. Later years found him working with Kevin Ayers and The O’Jays. 2004’s From Me To You, with liner messages from Paul McCartney and various Floyd members, was his last album, comprising new recordings of his biggest hits.

Smith had most recently written his memoirs, John Lennon Called Me Normal, released as a limited edition at The Fest For Beatles Fans in New Jersey in March 2007. In many ways, as musician, engineer, talent scout and producer, Smith helped forge the link between ‘50s rock’n’roll and pyschedelia. Nick Mason, who admitted “he can do anything in the studio”, called him “a true philosopher”.