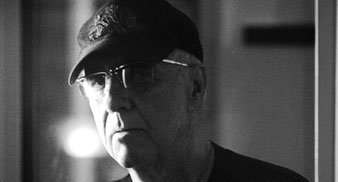 Lee Hazlewood has confirmed details of his final album, saying these are the 13 songs he wants to bequeath to the world before he dies.

Entitled Cake Or Death, in homage to his comic hero Eddie Izzard, the album pulls together the different strands of his career, employing musicians he has previously worked with, as well as those he has always wanted to.

Among the tracks is a new version of ‘Some Velvet Morning’, originally recorded as a duet with Nancy Sinatra, this time reprised by his granddaughter Phaedra Dawn Stewart. Joked Hazelwood recently: “Who says nepotism is dead?”

Life-long collaborator Al Casey co-writes two tracks on the album. As well as recording with Hazlewood, Casey has previously worked with The Beach Boys, Dean Martin and Duane Eddy.

Hazlewood’s music found a new audience in the ‘90s when influential artists such as Beck, Pulp, Sonic Youth and Nick Cave rediscovered him.