An intro to our upgraded Led Zep special 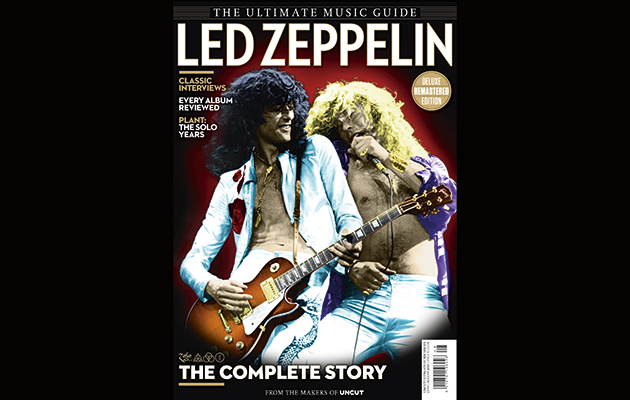 On December 10, 2007, Led Zeppelin took to the stage of the O2 Arena, London, for what may turn out to be a last, extraordinary reunion. The occasion was a tribute show for their old label boss, Ahmet Ertegun, though other agendas were certainly in play. Before the show had even been officially announced, Robert Plant digressed from talking about his new album with Alison Krauss, “Raising Sand”, to tell Uncut’s then-editor Allan Jones, “There’ll be one show, and that’ll be it. We need to do one last great show.”

If the stories at the time were to be believed, upwards of a million people tried to secure tickets, proving that Led Zeppelin’s popular appeal had hardly diminished in their time away. Looking through the archives of NME and Melody Maker to compile this deluxe, upgraded edition of our Ultimate Music Guide to Led Zeppelin (on sale in the UK on Thursday, though you can buy it here now), however, it became apparent that Led Zeppelin’s story was not just about enormous success, about the notable debauchery of legend. It was about an uncommonly driven band with terrifyingly high standards and surprisingly thin skins.

In 2015, in the wake of Jimmy Page’s elaborate expansions of the entire Led Zep catalogue, the idea of the band having once been unpopular with critics is hard to countenance. In this Ultimate Music Guide, you’ll find Uncut’s current writers writing incisively about each one of the band’s albums: finding riches and innovation in each of them, right up to the Plant and Page reunions of the 1990s, and – new in this edition – the former’s varied and potent solo efforts .

The fascinating old interviews, however, tell a different story. Often, they reveal a band baffled by the opprobrium they attract. The epic Led Zeppelin campaigns of the 1970s, it transpired, were driven not only by an unquenchable hunger for global domination, but also by a desire for excellence. And while Page, in particular, might have appeared untouchable and remote to his fans and detractors, the truth presented in these pages is that he was as human and vulnerable as most artists.

In this light, the 2007 reunion show and the extravagant remasters aren’t just a nostalgic celebration for Led Zep’s old fans, but a way of capitalising on the respect which the band have finally won, all these years down the line. For here, in the Ultimate Music Guide to Led Zeppelin, is the complete story of a band who took the blues to unimaginable new places, who transformed the heartsong of the disenfranchised into the conqueror’s battle hymn. Good times, bad times; you’re about to get your share…