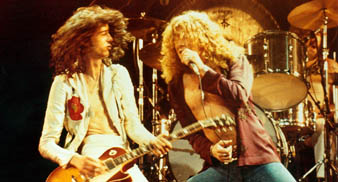 Led Zeppelin have announced that their one-off reunion show at the Ahmet Ertegun Tribute concert has had to be postponed, after Jimmy Page injured his finger in rehearsals.

Page fractured his finger last weekend, but the injury is only likely to prevent the star from playing for the next three weeks.

The legendary guitarist has been told to rest by his medical specialist, so the hyped-up reunion show is now set to take place at London’s 02 Arena on December 10, fourteen days after the original planned concert on November 26.

In a press statement this evening, Jimmy Page explained his dismay at the delay, but added: “I am disappointed that we are forced to postpone the concert by two weeks.

However, Led Zeppelin have always set very high standards for ourselves, and we feel that this postponement will enable my injury to properly heal, and permit us to perform at the level that both the band and our fans have always been accustomed to.”

All tickets for the original show will be honoured at the rescheduled date.

Those who are unable to attend are able to request a refund at their point of purchase prior to noon (GMT) on November 14. Any tickets returned will then be offered to ballot winners selected at random from the original registrations.

The Ahmet Ertegun Tribute Concert is also set to feature Bill Wyman’s Rhythm Kings, Foreigner and Paolo Nutini is being held to raise money to pay for education scholarships in the UK, US and Turkey.

To read the full new press release or for more details about the concert or the Ertegun education fund – click here for the Led Zeppelin’s official website:www.ledzeppelin.com