Uncut favourites Bob Dylan and Cat Power up for awards too 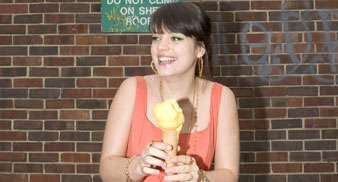 The youngest-ever line-up of musicians have been shortlisted for this years’ BRIT Awards than ever before.

Once named as the awards ceremony for oldies, there’s hardly an OAP in sight. The shortlisted nominees have been voted for by 1,000 Brits Academy members who work in all areas of the music industry.

Muse, James Morrison, Corinne Bailey Rae, Amy Winehouse, The Kooks and Kasabian are all up for awards, all are relatively new and young- the Brits Academy in the past has been accused of not paying attention to hot new music – well, they appear to have been paying attention this year.

Uncut Woman of 2006, songstress Cat Power has been nominated in the Best International category. Power is up against pop queens Beyonce, Nelly Furtado and Pink, however there is a glaring omission of one of the most succesful International female artists of the past year. Harpist Joanna Newsom, whose album ‘Ys’ is musically brilliant and has been universally applauded, has not been shortlisted for the award.

Uncut’s Man of 2006, Bob Dylan has also been nominated again for Best International Male Solo Artist, he was last nominated in 2002.

The singer is also shortlisted for Best International Album for the brilliant ‘Modern Times’ – the modern classic was voted our number one album of 2006.

As previously reported on Uncut.co.uk, Oasis are this years’ recipients of the Outstanding Contribution to Music award.

The BRIT Awards, hosted by Russell Brand, is to be live broadcast on ITV1 on February 14.