Montage Of Heck will premiere on HBO in the US next year... 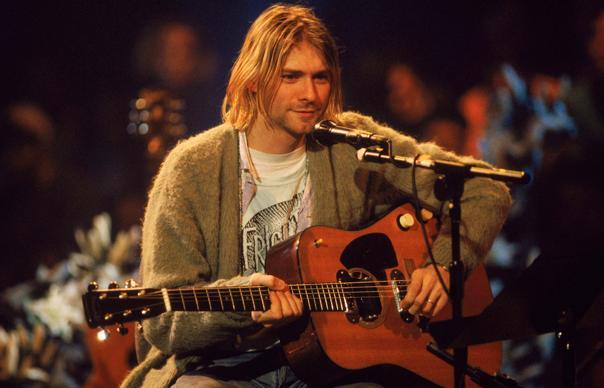 A new documentary about Kurt Cobain is set for release in 2015.

The Brett Morgen film is called Montage Of Heck and will premiere next year on the HBO channel in the US. Pitchfork reports that it is the first “fully authorised” film about the Nirvana frontman. His daughter Frances Bean Cobain is acting as executive producer on the project.

Speaking about the film, filmmaker Morgen explained that the film has been eight years in the works. “I started work on this project eight years ago,” he said in a press release. “Like most people, when I started, I figured there would be limited amounts of fresh material to unearth. However, once I stepped into Kurt’s archive, I discovered over 200 hours of unreleased music and audio, a vast array of art projects (oil paintings, sculptures), countless hours of never-before-seen home movies, and over 4000 pages of writings that together help paint an intimate portrait of an artist who rarely revealed himself to the media.”

The film is named after one of Cobian’s mixtapes, which was circulated widely online earlier this month. Cobain’s former partner Tracy Marander spoke to The Guardian about the tape recently. “He made it using records, some TV, and random sounds he recorded. It was all made in Aberdeen [Washington], I believe. It took him quite a while.”

Montage Of Heck features clips of songs by The Beatles, Iron Maiden, The Monkees, Black Sabbath, The Jackson Five and many more.