All 12 Mercury Prize nominees benefit from the award's exposure 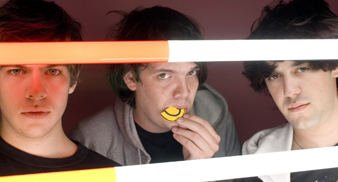 Klaxons have seen sales of their debut album ‘Myths Of The Near Future‘ rise by nearly 500% since winning the Nationwide Mercury Music Prize on Wednesday (September 5).

Music chainstore HMV reported that the new rave Londoners are sold 486% more records in the DAY after the ceremony in London – and the sales surge should see the album re-enter the Top 20 this Sunday.

HMV spokesman Gennaro Castaldo said the publicity surrounding the Mercury Prize was helping the Klaxons “reach out beyond their established fan base. Once again we are seeing how the Mercurys can have an immediate and beneficial impact on sales of all the nominated albums.

Regarding the surge in sales for all the shortlisted artists, he added: “The prize also helps to shine a light on new and original talent, such as Fionn Regan and Bat For Lashes, giving it the platform to connect with a much wider audience.”

Bookies favourite on the night,Bat For Lashes aka Natasha Khan saw her album Fur And Gold sell 185% more in the day after the awards, and Maps, the alter-ego of James Chapaman saw sales increase by 150%.

The full uplift on Thursday compared to Wednesday was as follows: