Klaxons On The Road Again 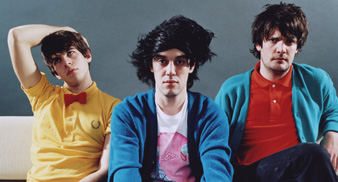 Klaxons have announced a new UK tour, to start in November, and fans will get the chance to get hold of tickets in a special pre-sale starting tomorrow (June 13).

Having just completed a sell-out tour of the UK and US in the last two months, the band are currently filling up radio airwaves with imminent single “Not Over Yet” – their guitar version of the ’95 Oakenfold/Grace house anthem.

Tickets for the last UK your sold-out within hours, but Klaxons.net here will host a pre-sale for the Autumn tour, from tomorrow at 9am.

General sale begins on Friday (June 15) at 9am through usual ticket outlets.

Bring your glo-sticks to the following venues: