KISS to record their headline set 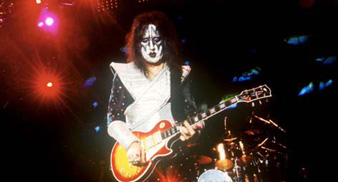 KISS are giving UK fans the chance to take home recordings of their first UK performance in almost a decade.

Their live set at the Download festival will be recorded and burned onto CDs, which are available to buy from the merchandise stall straight after the gig.

They plan to repeat the stunt at other dates on the European tour – CDs will be £15 and also available to order online at www.concertlive.eu.

Spanning nineteen countries, the European KISS Alive/35 Tour marks the first time the band has appeared in Europe since their Psycho Circus Tour in 1999.