Kiss' Gene Simmons has branded pop artists such as Rihanna 'fake' in an interview promoting his band's forthcoming US tour. 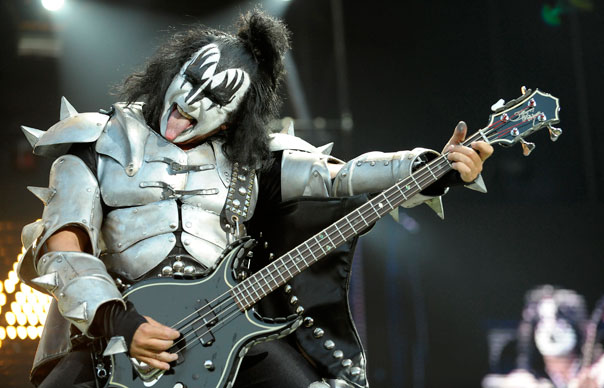 Kiss‘ Gene Simmons has branded pop artists such as Rihanna ‘fake’ in an interview promoting his band’s forthcoming US tour.

The bassist was referring to pop singers who now play the stadiums once usually only filled by rock acts like his band Kiss, and called their music “bullshit”. In the interview with Billboard, Simmons said: “We’re sick and tired of girls getting up there with dancers and karaoke tapes in back of them.”

He added: “No fake bullshit. Leave that to the Rihanna, Shimiana and anyone else who ends their name with an ‘a’.”

Simmons was speaking as Kiss announced that they will be touring across the US this summer with co-headliners Motley Crue. The two bands will each play 90-minute sets on the 40-date trek across the country.

Kiss will headline this summer’s Sonisphere festival, along with Faith No More and Queen with Adam Lambert.

The band, who are adding the finishing touches to their 20th studio album, will headline the opening night (July 9), with comedian Tim Minchin playing before them.