Kings Of Leon to begin writing new album this year?

Kings Of Leon have hinted that they could start work on a new studio album this year. 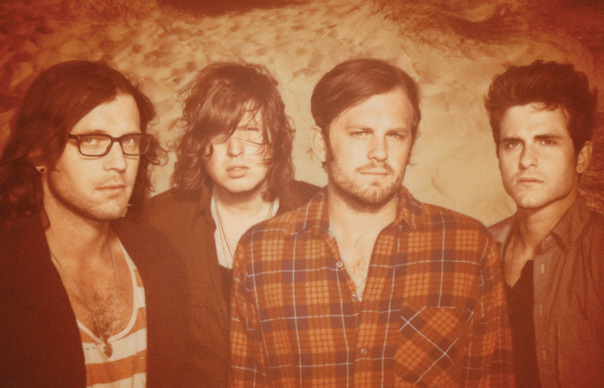 Kings Of Leon have hinted that they could start work on a new studio album this year.

Speaking to MTV, drummer Nathan Followill said the band had repaired their relationship after a tumultuous 2011 and would “probably start kicking around” some new ideas in the studio in the next six months.

The Tennessee stadium rockers were forced to cancel their entire US tour last year after frontman Caleb Followill stormed offstage in Dallas on July 29 and was deemed too ill and exhausted to tour, with his bandmates later plagued by rumours that they wanted to kick him out of the band and were forcing him to go to rehab.

However, Nathan claimed that the band were now on good terms, stating: “Over the holidays, [you] break some bread, have some turkey, everyone makes up. I don’t think it was as big as people thought it was, but the press machine takes it and runs with it.”

The sticksman also revealed that they had recently purchased a studio in Nashville and were hoping to start working on new material there soon, adding: “We’re going to spend the next few months getting that up and running; kind of make it our little clubhouse to get there and just kind of goof off whenever we want to. But, I’d say within the next six months, we’ll probably start kicking some stuff around.”

Meanwhile, his brother Caleb revealed that he had already started work on new ideas and was in the early stages of the writing process. “I’ve been writing a lot,” he said. “Kinda want everyone to get a little break from each other, but whenever they’re ready, I want to play some stuff.”

Speaking of his early efforts, he added: “The melodies are really strong, and the lyrics that I have written I think are pretty good, but we’ll see. These guys are always a good judge of if I’m going the right way with something or not.”

Kings Of Leon released their fifth studio album ‘Come Around Sundown’ in October 2010.