Killing Joke: “We were horrible people”

The band discuss black magic, maggots and the Great Pyramid in the new Uncut 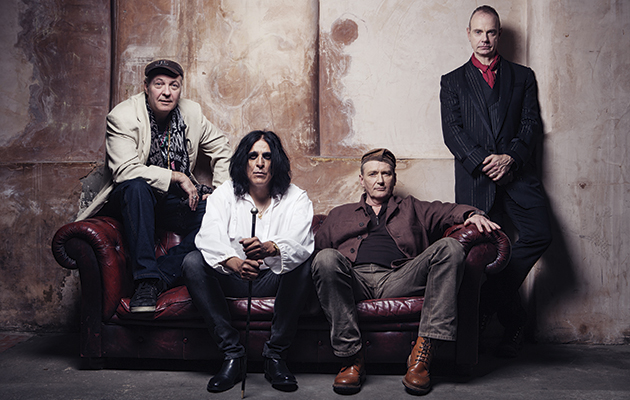 Killing Joke discuss black magic, electro-shock therapy, leylines and recording in the Great Pyramid in the new issue of Uncut, out now.

Jaz Coleman and the group look back over their mind-bending saga, ahead of the release of their new album Pylon, and explain how Iceland, wizards and pigs’ heads influenced their music.

“We had spies at every music paper,” says Coleman. “If we knew they were sending a hostile journalist we were ready and gave them hell. On several occasions, we’d find the journalist’s girlfriend, seduce her and then drop that bombshell during the interview.

“At other times, we’d send them downstairs where Big Paul beheaded wax figures. Half an hour there would liven them up. We were horrible people.”

Discussing their recording session in Egypt’s Great Pyramid, the band’s frontman recalls: “We met three beautiful archaeologists. They introduced us to the minister responsible and we handed over a bribe. We took my engineer Sameh [Almazny] and he fell asleep in the King’s Chamber and dreamed that all these alien eyes were watching him. He woke up screaming, banged his head on the lintel and ran out.

“Then these three Egyptologists turned up as we were doing this ritual. They’d dressed up like Isis. Youth didn’t know who they were and says, ‘Here, who are those weird birds at the back?’ When we came out there were hundreds of Bedouin, chanting.”