Keith Richards says The Rolling Stones ‘will tour in 2011’ 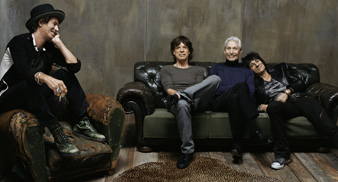 The Rolling Stones‘ Keith Richards has said he thinks the band will tour in 2011.

Richards also confirmed that they are planning to start recording new material after Christmas.

“There are gems in the vaults, but more interesting for me is that everybody’s ready to go out there again,” he told BBC 6 Music. When asked if he was talking about a tour he added: “Yeah, I think next year.”

Speaking about a new record from the band, Richards said: “Yes, there will be that too.”

He explained that the band have “a lot of unfinished stuff to work on”, but added that newer material is also a possibility for them. “Knowing Mick [Jagger] as I do, he’s a very prolific writer. I have ideas [too] and we’ll put them together in December or January,” he said.