Keith Richards And The Fiji Fall: The Mystery Deepens

Uncut reports from Milan as the Stones hit the road again less than two months after after the guitarist's life threatening accident.... 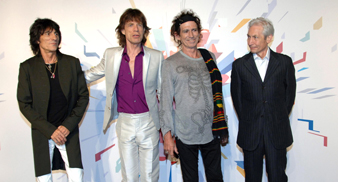 So just how did Keith Richards crack his head in the accident that resulted in brain surgery and the postponement of the start of the Rolling Stones’ European tour?

The mystery only deepened when he made his first public appearance following his hospitalisation as the much-delayed tour finally got under way in Milan on July 11. It was widely reported in May that he had fallen from a coconut tree while on holiday in Fiji and the injury to his brain led tabloid papers to claim that at one point he was close to death. But asked what he had been doing up the tree, he admitted that it was not a coconut tree at all. “It was a very little tree. You wouldn’t believe…”, he said and indicated with a hand gesture that it had been scarcely more than shrub height. “If you saw the tree, you’d realise the joke.”

Ronnie Wood, who was present when the accident occurred, suggested that it might have been a small palm tree. But neither man was prepared to reveal further details of the mishap. Instead, Richards merely insisted: “I feel great. Everything’s cool. I’ve recovered.”

He went on to joke that he had been disappointed when doctors brought him round after surgery. “I was pissed off when they woke me up because I was having a great sleep,” he cracked.

In truth, Richards looked frail – which given that he’d had undergone a major operation only six weeks earlier was hardly surprising. At one point
he rested his head on Ronnie Wood’s soldier and at the following night’s gig, sat on a stool while the band played As Tears Go By, the first time they had performed the song live in 31 years.

Nevertheless, he appeared to warm to his task as the 20 song set proceeded and, with Jagger off the stage, he was fit enough to take the lead on Before They Make Me Run and Slippin’ Away, a song which under the circumstances, he said he “had to do.”

At the end of the set, the band were joined on stage by the conquering
Italian footballers Allesandro Del Piero and Marco Materazzi, who had arrived back in Italy from Germany with the World Cup only 24 hours earlier. As the pair led a rapturous, flag-waving crowd in an unaccompanied version of the White Stripes’ Seven Nation Army, the Stones were left with the unusual experience of being upstaged at their own gig.

Richards also revealed that he would be filming his role in the third movie in the Pirates Of The Caribbean series in September. “At least, that’s what
Johnny says,” he added with calculated vagueness.

As for what exactly happened up that tree and how close to death the accident really left the Stones guitarist, the Fiji Fall now takes its place in the book of Keef legends alongside the blood transfusion in a Swiss clinic and the night in Canada when he turned blue and nearly died.