Keane Join The Who At Inaugural Liverpool Festival

The bands top the bill at new Knowsley Hall event 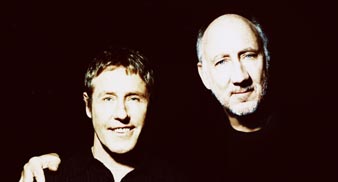 The Who and Keane have been confirmed as headlining a new music festival set in the grounds of stately home, Knowsley Hall in Cheshire.

The two-day event is to take place on June 23 and 24, and The Who will headline the opening night, playing only their second UK festival performance, the other being Glastonbury the same weekend.

The last time Townshend, Daltrey and co played in Liverpool, they sold out 10,000 tickets in less than half an hour.

Joining The Who on the first day’s bill are local successful band, The Coral, rising stars, The View and Liverpool legend Pete Wylie & The Mighty Wah.

Local lads, The Zutons are also confirmed to play the Sunday, though many more acts are due to be announced soon.

The Knowsley Hall event has been developed by the award-winning team behind Creamfields and Bestival and they promise an exciting time at the former home of the Earl of Derby.

James Barton, CEO of Creamfields says: “This city has an amazing musical heritage and I know how important it is to the people of Liverpool that tradition is preserved especially as we move ever closer to The Capital Of Culture year. As a company we are totally committed to playing our part by providing events that continue that proud tradition, but by also providing events that people will be excited by.”

Knowsley Hall is billed as the biggest rock festival to take place in the region in years, with 80,000 people expected to attend over the weekend.