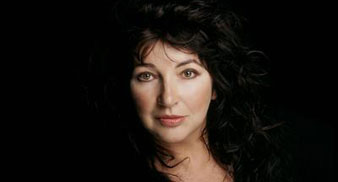 Kate Bush is set to release a new album later this year, according to an EMI executive.

The singer, who released the collection ‘Director’s Cut’ earlier this year, is rumoured to be releasing another new album late in 2011, according to comments from Mark Poston, the company chair of EMI Australia.

Speaking to the Star Observer, Poston said: “Of course, you can never be sure with Kate Bush. She does things at her own pace. But we’ve been told to prepare for a November release.”

The singer is known to have been working on a new album and said back in May she said that she’d done most of the writing for an album of new material.

At the time she admitted that she finds it “stressful” that there are such long gaps between her albums, adding: “It’s very frustrating the albums take as long as they do. I wish there weren’t such big gaps between them.”

‘Director’s Cut’, released in May, was a collection of re-recorded versions of tracks from her 1989 album ‘The Sensual World’ and 1993’s ‘The Red Shoes’.

The album was her first since 2005’s ‘Aerial’ and went to Number Two in the album charts narrowly missing out on the top spot due to the continued success of Adele‘s ’21’.