The September event will be shown across the world 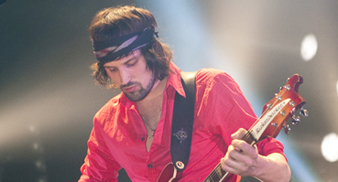 The 10th anniversary Peace One Day Celebration, wich culminates with a concert headlined by Kasabian and Lenny Kravitz, is to be screened globally on TV, it has been announced on Monday (August 10).

Also performing at the Le Grand Rex venue in Paris, on September 19 will be Keziah Jones, Ayo, Olivia Ruiz and Charlie Winston.

The Peace One Day event will be screened on September 21.

The Peace One Day foundation, founded by British film maker Jeremy Gilley comments: “This concert and Peace One Day’s ongoing initiatives are there to empower individuals around the world to become involved in the peace process.”

Tickets for the Peace One Day Celebration 2009 cost from €40