Joy Divison and John Peel To Be Honoured With Blue Plaques

They were there: Rochdale to mark the town's musical heritage 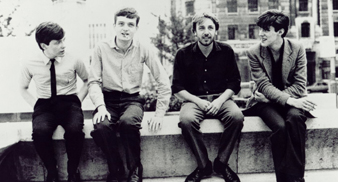 Joy Division and John Peel are both set to be honoured in the Lancashire town of Rochdale when two new blue plaques are unveiled on September 23.

The plaques, issued by Rochdale council will mark musical addresses where bands such as Joy Division recorded in. Their plaque will be placed at the Kenion Street Music Building, which in previous years (1977-2001) had been New Order bassist Peter Hook‘s Suite 16 Studios. the building was in use from 1977 until 2001. Kenion Street also featured in the ’24 Hour Party People’ film.

John Peel’s blue plaque is to be placed at Tractor Sound Studios, which was financed by the late DJ in 1973.

Peter Hook, Inspiral Carpets’ Clint Boon, Mock Turtles‘ singer Martin Coogan and OMD‘s Andy McCluskey are just some of the people expected to attend the unveiling of the plaques,