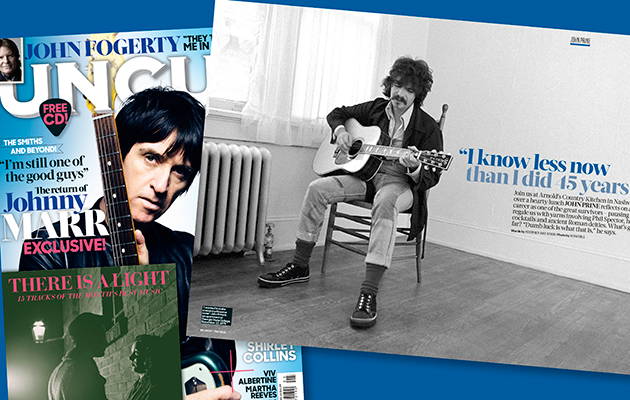 Despite a distinguished career stretching back to his debut self-titled album in 1971, John Prine is not sure what he’s learned about songwriting down the years. “I know less now than I did 45 years ago,” he laughs in the current issue of Uncut, on sale now and available to buy online by clicking here. “I don’t know where it comes from or how it all fits together. All I know is that if I give it a chance, it’ll start rolling and things will start coming together. I could never teach a class on songwriting. I’d tell them to goof off and find a good hideout.”

Even so, new album The Tree Of Forgiveness finds Prine in fine form. He explains how he finally completed the songs when his family booked him into a hotel in downtown Nashville along with duffel bags stuffed full of notes. “I checked in with 10 duffel bags of unfinished lyrics and four guitars. I looked like Howard Hughes. They must have been suspicious. I’d be up writing at three in the morning, wake up at three in the afternoon.”

The Tree Of Forgiveness was produced by Dave Cobb, who enthuses that “there are few people on the planet with [Prine’s] command of a pen, so my concept with him was just to get out of the way of his lyrics.”

“He’s the guy you want to be when you grow up,” adds Cobb. “I’ve never met anyone who carries around that much cool.”

The current issue of Uncut: in shops now and available to buy by clicking here