John Lydon: ”The Voice’ and ‘American Idol’ are humiliating’ 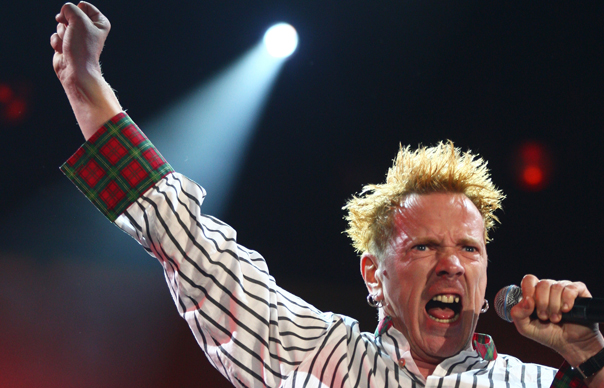 Lydon, whose band Public Image Ltd released their first album in 20 years, ‘This Is PiL’, on Monday (May 28), has said that music reality shows are “dragging us back into Las Vegas wannabees”.

He told Reuters when asked for his thoughts on music reality shows like The Voice: “They’re dragging us back into Las Vegas wannabes. And there’s the painful tone of humiliation, the smirking at who gets voted off. And people now think that’s the universe of music. That’s utterly corrupting too.”

Lydon also said he had no sympathy for record labels and their financial woes, adding: “The record companies fell apart – quite deservedly. Their corrupting, all-binding contract nonsense had to stop. But this modernisation of sampling and regurgitating of old ideas isn’t healthy either. Live music is healthy.”

The singer also spoke about the lengthy gap between PiL albums and said that the 20-year gap was “not my choice”. He said of this: “Not my choice. The record company and contract obligations kept me in a state of non-recoupment and I had to outwait them.”

He continued: “It was a very difficult time for me, almost like a state of mental starvation. You’re gagging at the bit to work, and music’s my life. But I found that the law worked against me, all the corporations and accountants. So I had a very negative view of business-as-usual.”

Last month, Lydon distanced himself from the re-release of Sex Pistols’ ‘God Save The Queen’, also on May 28, which coincides with the Queen’s Diamond Jubilee. In a statement he said that the campaign to push the track to the Number One spot is “not my campaign” and claimed it “totally undermines what the Sex Pistols stood for”.